Zelda the hyperactive girl! She’s what you can call “the girl on fire”… A spicy girl with attitude, she’s a real showgirl. She’s the first (and long awaited) Afghan for her owners and spends her days having fun with her two best friend Alaskan Malamutes.

Zelda started her show career with a bang at 2 years, although she has been sparingly shown so far. Her first time out she was Group Winner, at her second weekend out she was placed 3rd in a Open class of 20+ bitches at the World Show and her 4h weekend out she was back to back Breed winner as well as Reserve BIS at one of Italy’s most prestigious shows! Since then (June 2015) she has kept collecting wins and more is to come for sure. 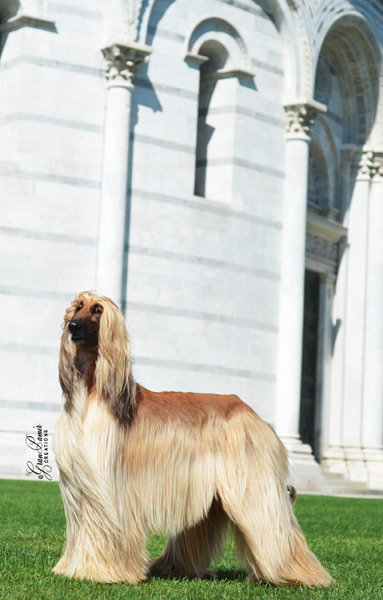