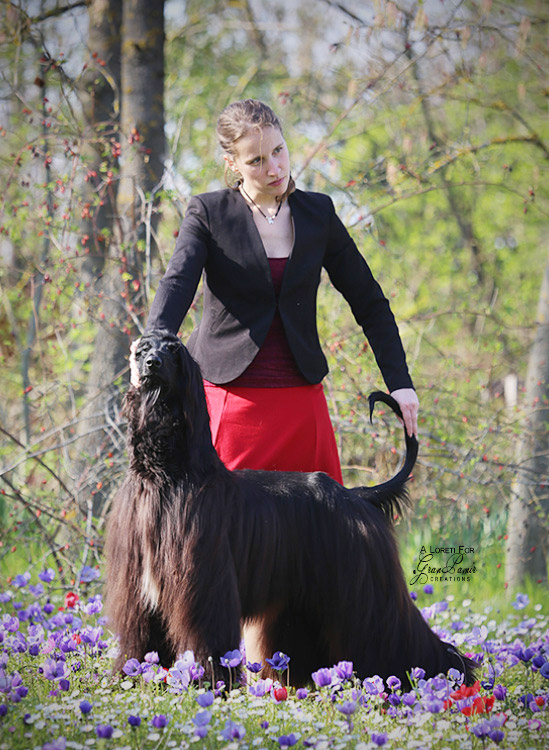 “Turi” recalls a rebel black stallion. He’s so full of himself and hard to indulge, still a teenager we can’t wait for this stubborn yet dignified boy to mature into a wise Afghan.

Elegant and powerful, he has managed to collect some nice wins although seldom shown, starting in Int. Ch. title at 16 months with a Group 3. He has also enjoyed getting the license of lure coursing and will practice that too in the future. He’s the sole baby out of our longed mating between Onyx and Bellatrix and will be used as a stud in the near future. Very sparingly shown waiting for full maturity, Tjuri is a multi Breed winner and one Cacib away from his title to get after June 2016. 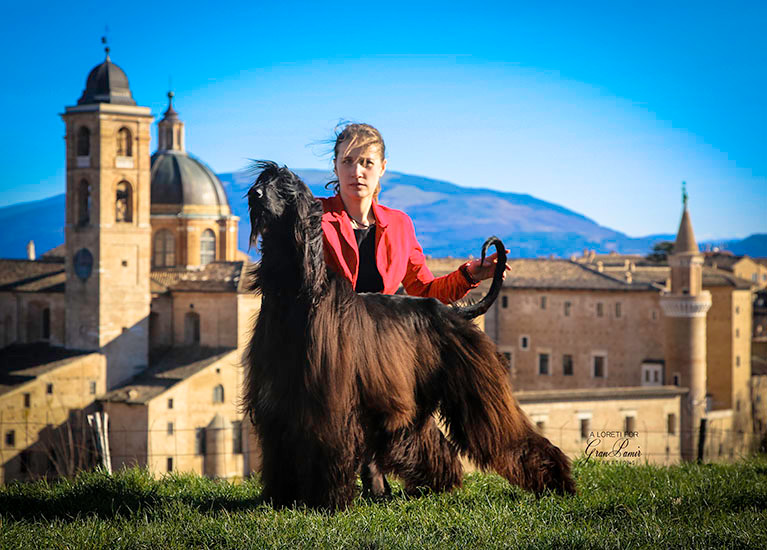