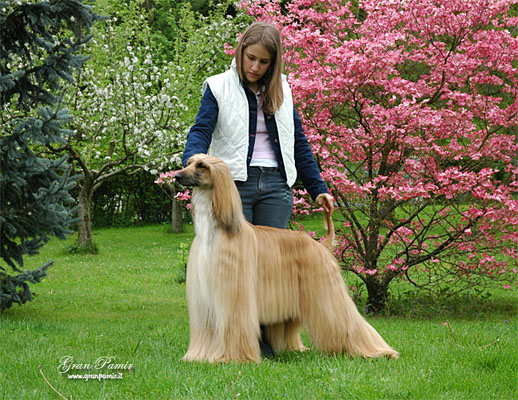 “Tuuli” was supposed to leave for Sweden but then stayed with us. Luckily! Her name means “wind” in Finnish – she lived up to that as she sure was definately the most clever, smartest girl and ruled the house. This girl was beautifully built and her temperament and movement were to die for as well: the correct effortless Afghan movement, sparkling when she was in the mood. She was 1 ticket away from her title when she decided she didn’t like shows anymore… sadly, a very stubborn baby. She left us in 2014, leaving her litter sister and twin Venus (now almost 14) alone.

However she collected some nice wins and produced a fantastic litter out of Ch Agha Djari’s Revenge of Xenos: she’s mother to our own Bellatrix, Felix and Nymphadora, have a look at their pages!