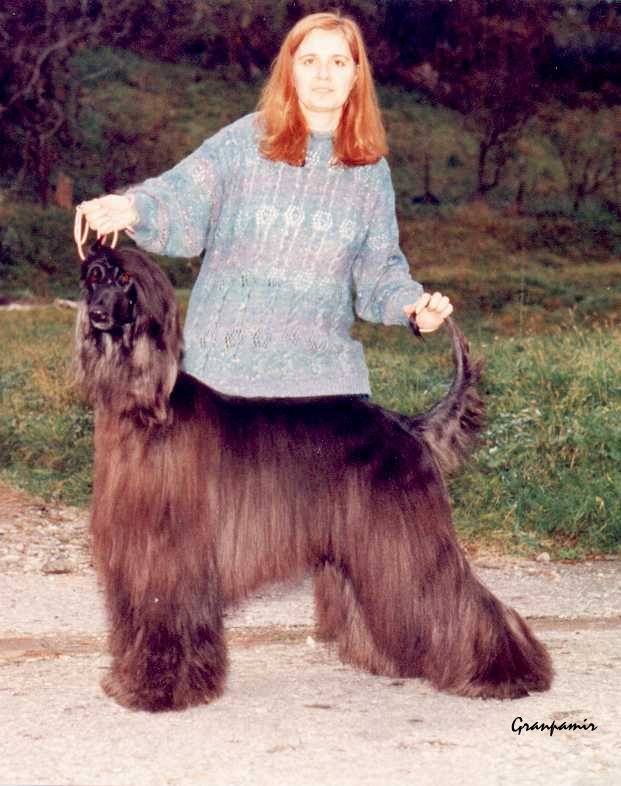 “Ashraf” (also called Dodo) was known for his powerful gait and attitude at shows. He was called “the Flying Afghan”, and we are proud to say that’s true. He was proud and dignified, the “ideal Afghan” for us, a monument of the perfect dog.

Ashraf went winning his first Specialty Best In Show at the age of two, handled by our friend Roberto Bongiovanni. So young but beating two of the best known Afghans in Europe at that time. Judge was the Swedish Mr Magnus Hagstedt. Then Dodo also won SBIS at the 1st Italian Technical Club Specialty with 198/200 pointscore and another SBIS under Isobel Dyke. Probably one of the few Italian dogs to win over record entries of about 100 dogs. We never had the opportunity to campaign him as he deserved.

He sired 6 litters producing several Champions and conformation winners and on the Field. 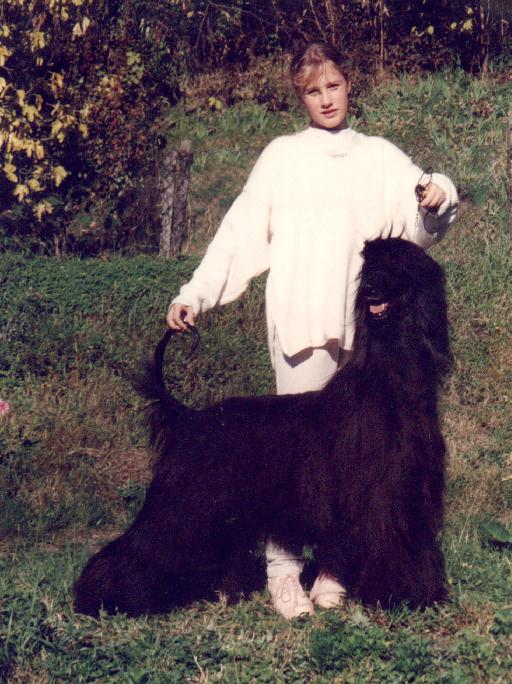